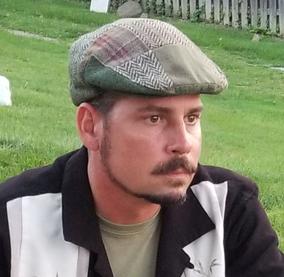 Available to write for special projects. The sky's the limit.

William G. Krejci was born in Cleveland, Ohio in 1975 and raised in the neighboring suburb of Avon Lake. With an interest in local history, he spends much of his time investigating urban legends and since 2016, has served as the resident historian at Cleveland's famed Franklin Castle. He is the author of Buried Beneath Cleveland: Lost Cemeteries of Cuyahoga County (The History Press, 2015) Haunted Put-in-Bay (The History Press, 2017) Ghosts and Legends of Northern Ohio (The History Press, 2019) Lost Put-in-Bay (The History Press 2022) and co-author of Haunted Franklin Castle (The History Press, 2017). He is also the author of the Jack Sullivan Mysteries and has been a guest speaker at many historical societies, libraries, bookstores, public venues and civic groups. He’s appeared as a guest on multiple paranormal-based television programs and has been featured on many local podcasts, television and radio programs. He is also the host of the Cleveland Paranormal Society's Ohio City Ghost Walk, and co-host of the Haunted Put-in-Bay Ghost Walk with his friend Viktoriya Zakharova. In his free time, he sings and plays guitar in an Irish band.